Objective of the MBB Exchange Days 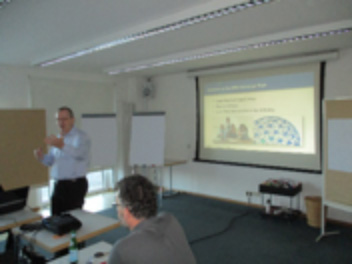 In the period from 03 to 04 December 2015, representatives of different sectors (such as food, automotive, dental, rail, glass) met upon the invitation of the MTS Consulting Partners in the traditional Golf Hotel Empress Elisabeth at the beautiful Lake Starnberg for the first “Master Black Belt Exchange Days”.
Through this kick-off event, the MTS Consulting Partner GmbH wants to create a platform within the Six Sigma community (“Six Sigma community”) to enhance mutual learning, exchange of ” best practice” solutions and share learning in relation to new industry trends (such as current Industry 4.0).

In the opening remarks, the two managing directors, Dr. Dietmar Stemann and Mr. Gebhard Mayer expressed that they wanted to create such a platform and thanked explicitly some of the guests for their constructive suggestions that were brought to life. More gratifying was the announcement that this will certainly not be a one-off action; plans for the MBB Exchange Day 2016 have already been put in place.

The first session was opened by Mr. Edmund Wojda and Mr. Karlheinz Eckert (CEO, Co. P³-QuBE GbR.) with a motivational speech “Six Sigma Maintenance – The levels from repair to intelligent TPM”. They presented the angle around how to apply the Six Sigma methods to the field of maintenance. The core aim is to develop a company – that today is known a “Breakdown Maintenance (BDM)” and on the level of “Total Productive Maintenance (TPM)” to the “Total Asset Management (TAM)”; and thus the “cost center” to “profit center”.

“Six Sigma & People Excellence” was the title of the lecture given by Mr. Ulrich Bürenheide (Head of Organizational Development, Co. The Linde Group), where he presented approaches for the development of a learning organization. He presented one method in detail, particularly the “Key Driver Analysis” – an improvement focus from the results of the global employee surveys, which inspired a lively discussion.

Mr. Gebhard Mayer confirmed the conclusion of the presentation, that in order to create sustainable improvements and a Six Sigma culture, companies must convey the change “from push to pull principle”. When asked, how this can be ensured, Mr. Bürenheide referred to the critical success factors for the effective involvement of all employees. Of central importance for the successful implementation, is the early identification and recovery of local sponsors and coaches.

After a successful first day, and the cozy event in the evening “with beer and pretzels”, the next day, one of the hottest topics in today’s world of work continued: the topic Industry 4.0 and the associated data mining or Big Data, which Mr. Mayer formulated as the next logical step after DMAIC and DFSS: “After the previous ad hoc actions, this is now a chance – with the accumulated data – to learn and respond pro-actively”.
The next presentation discussed “a better understanding in dealing with a variety of data” by Mr. Martin Dremel (system development, Co. JMP.) Most memorable – the reference to some practical examples and the possibilities that the software JMP provides; particularly impressive in this case was the use of so-called “Bootstrap Forest” principle.

In addition to the licensed software JMP, also the “open source” software RAPIDMINER (Technische Universität Dortmund) and KNIME (Konstanz Information Miner) were presented, which offer the user – by means of user-definable analysis workflow – entirely new possibilities in dealing with large amounts of data.

Motivated by the new media and their possibilities, the participants developed in individual workshop groups various issues concerning the Industry 4.0 and the related Big Data. Encouraged by the results presented by Mr. Stemann – which he collated from the many years since founding MTS Consulting Partner GmbH. The topic covered traps (“Pitfalls”) one finds frequently in the implementation of the development of a so-called Six Sigma organization – which he had observed and still are present. The aim was to raise awareness and the actions of participants in practice. 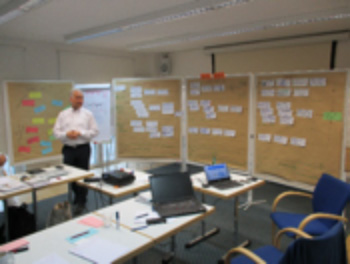 The first MBB Exchange Days were concluded by the presentation of the newly developed procedure “Holistic Approach” of MTS Consulting Partner GmbH which aims at the development of an organisation collectively. Supporting the motto “Leading the Change” Mr. Mayer mediated impressive three main streams “People”, “System” and “Processes” which manifest the basis of this powerful approach (Holistic Approach). The advantage of such a classification summed up Mr. Hans-Joachim Schmidt-Brücken (Six Sigma Coordinator, Co. ZF Friedrichshafen AG) by saying “a good methodology in order to better control the many events in an enterprise”.

In summary, one can say that the initially set targets of mutual learning, exchange of “best practices” and exploring new industry trends, have been extensively covered. The MBB Exchange Days were a great success from the perspective of the organizers and participants. The expectations of a sequel are definitely set. 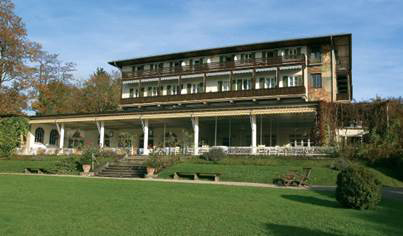 Great views of Lake Starnberg, with an amazing alpine panoramic view – welcome to Hotel Empress Elisabeth. Everyone who enters the hotel can sense what the Empress of Austria loved so much about this place: A stylish frame promises comfort, the large glass windows create a feeling of lightness, and any stress and tension dissipates into the distance. 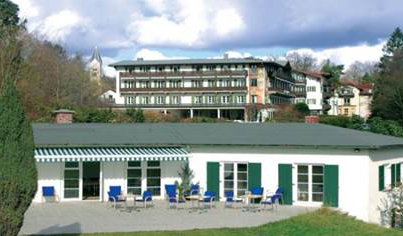 Seminars located on Lake Starnberg Hotel provides a tranquil yet central location with the best conditions for the implementation and success of conferences and seminars. All seminars, conferences or workshops will experience the atmosphere of the hotel tradition, emphasizing an exceptionally motivating environment. From every room, the view of the magnificent scenery is a new inspiration.

The 25 double, 20 single rooms and 6 suites are comfortably furnished, with a flair and comfortable furnishing is chosen individually, antiques complement your own style. All rooms have private bath / shower and toilet and most of them also have a balcony with views of mountains and the lake. The latest communications technology is also available.

You can book your room with the reference „MTS“ in the Golfhotel Kaiserin Elisabeth, for a special price of € 108,00 per night.

Including handout and food.
All prices are excluding VAT and per person.

Do you have questions?